Bespoke - The making of a Savile Row coat - Part 4

The saga continues... a new pattern was drawn!

After Sunday's mess up, which I identified yesterday, last night I just had to set things straight! (Those of you who know me personally, might recognize this behavior. Some people even dare to say I might even be stubborn. Which, of course, I am not. Not a bit. No.)

So, here it is: A new pattern. Still on sh*te paper though. But at least I see no (obvious) errors - apart from two lines in the sleeve, that shouldn't be there - but that's more a cosmetic issue, which has no influence on the outcome later on. 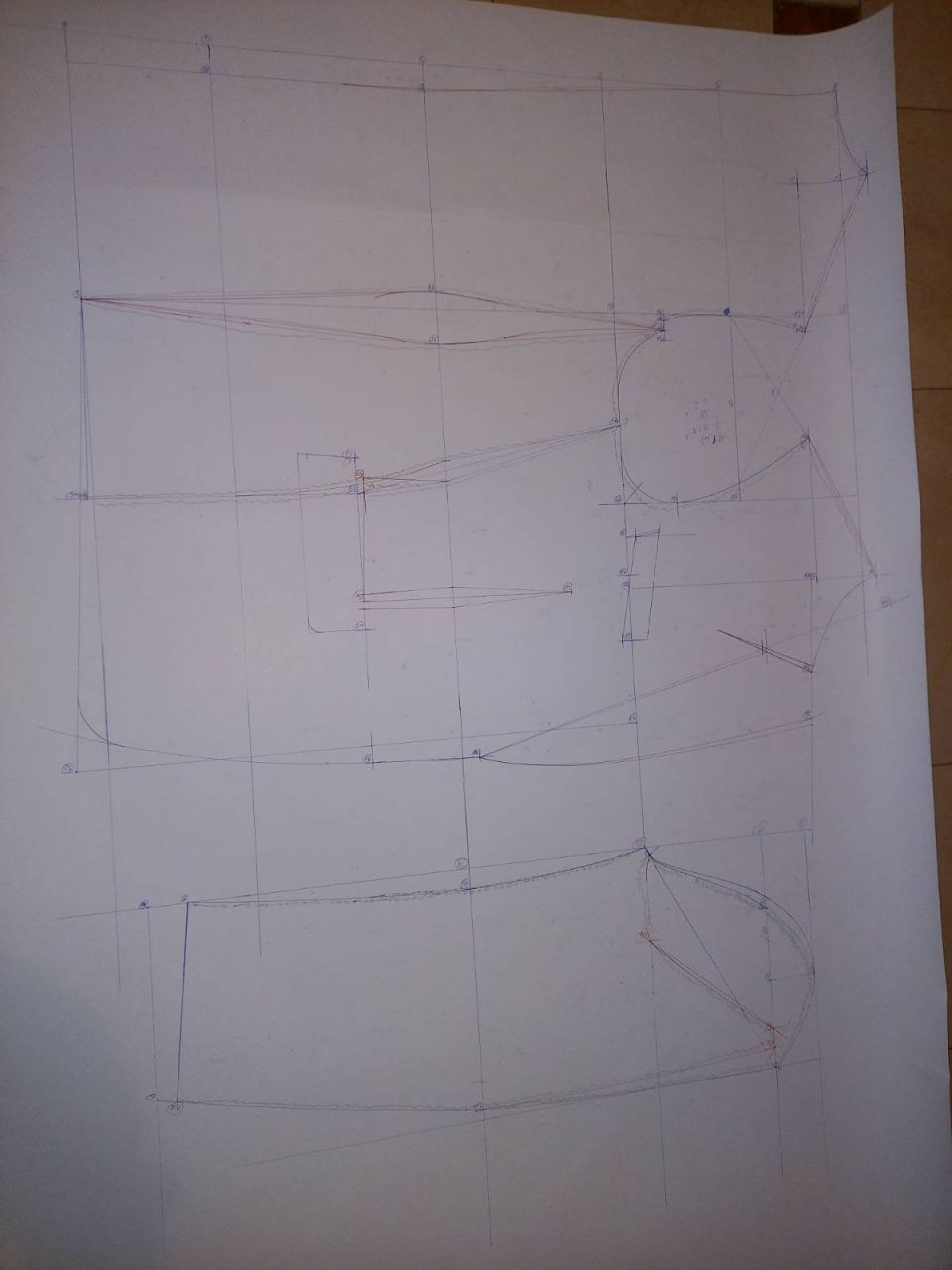