Bespoke - The making of a Savile Row coat - Part 15

Due to some back issues and a lot of other things, I haven't been too active over the last days.

You might remember from my entry here: "Focus or fuck up" that there's also some canvas and hair cloth involved in this coat, apart from the black stuff, called domette.

After getting new canvas and cutting it correctly this time, the 2 different sorts of canvas and the domette need to be put together, like this: 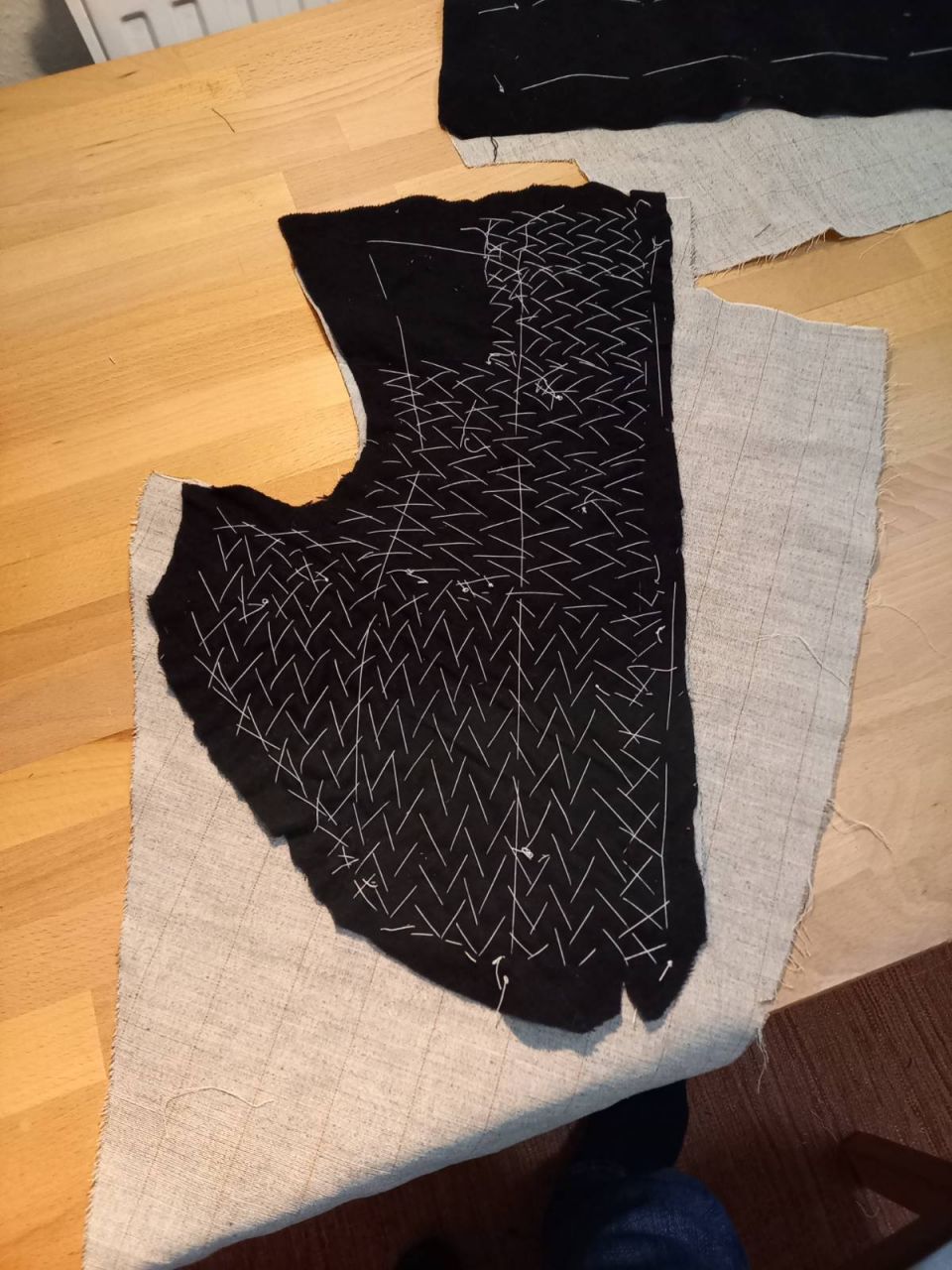 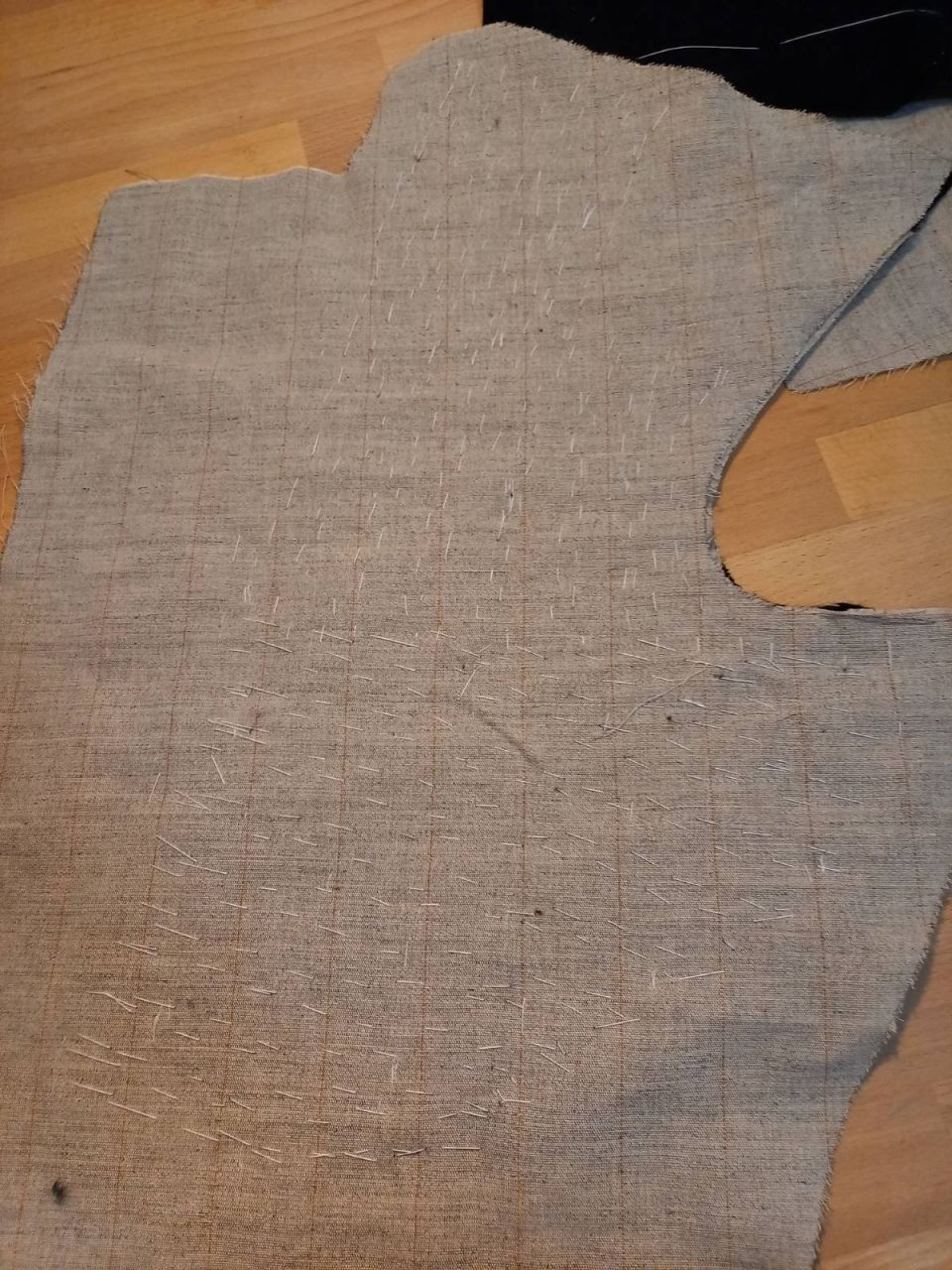 The chest canvas brings a certain "stiffness" or "springiness" along, in one direction it is similarly limp or weak as any other normal fabric. But "against the grain" (so, perpendicular to the grain), it kind of refuses to fold completely. With the hair cloth (so called because of goat's, or in this case, horse's hair is woven into it) this effect is even stronger.

So, sewing those two together as shown above, results in this - if you try to fold the canvas vertically: 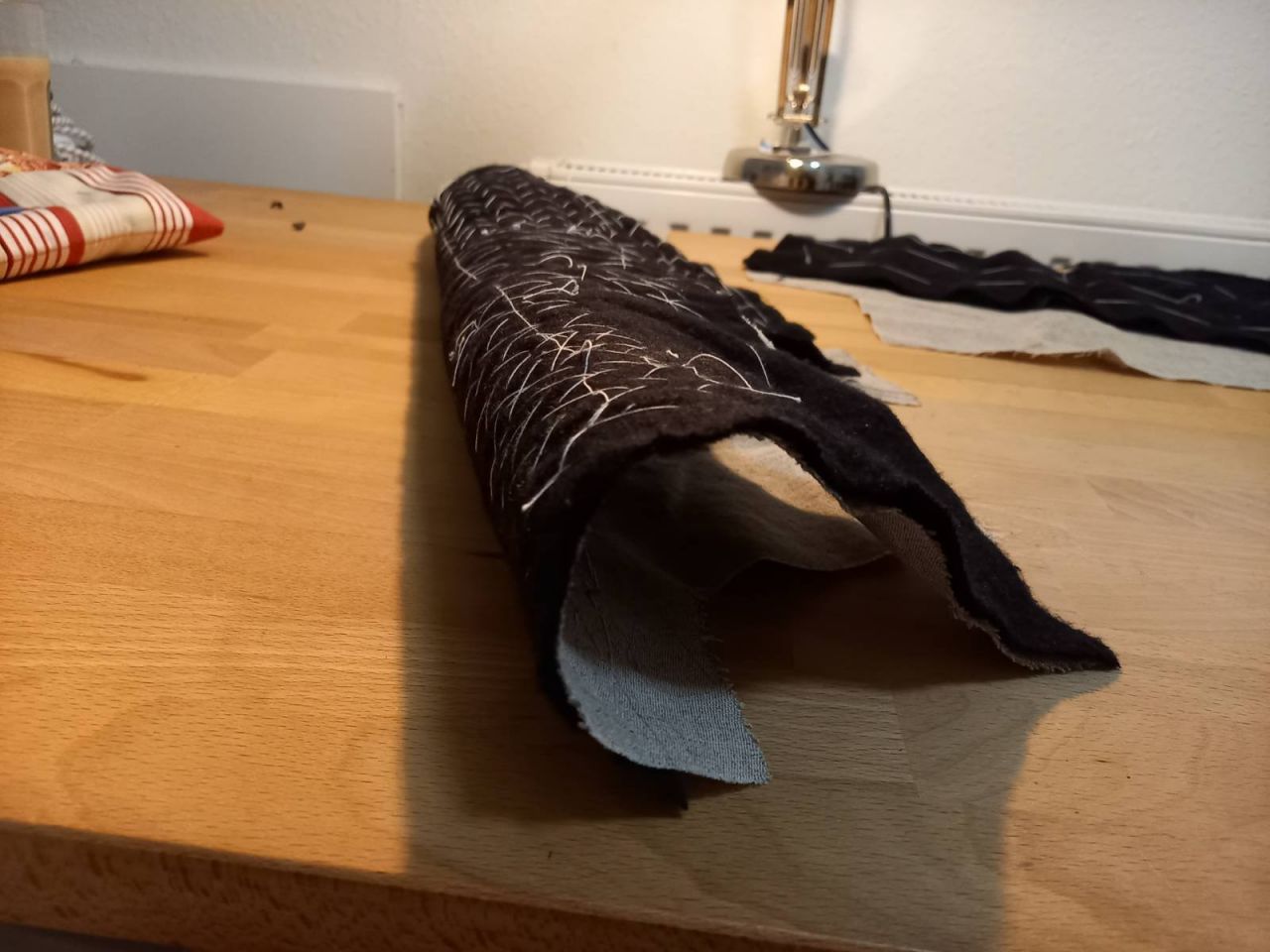 After having both sides done (I had to redo most of the 2nd part, as I there seemed to have been a pleat in the hair cloth), parts had to be cut and sewn together again... Now it looks a bit like Frankenstein's coat... Let's hope there'll be no thunderstorm tonight ... who knows what'll happen if it comes to live! 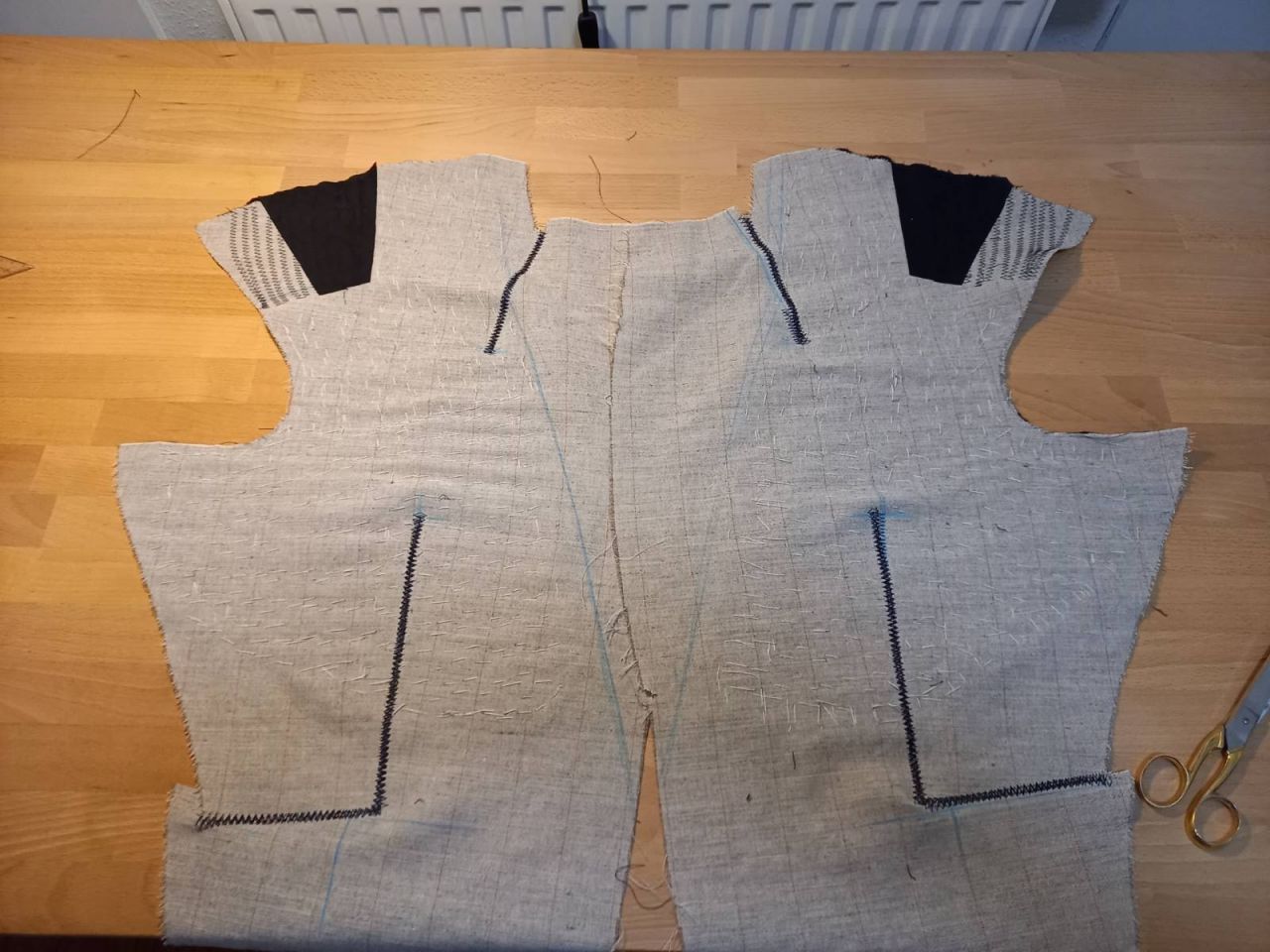 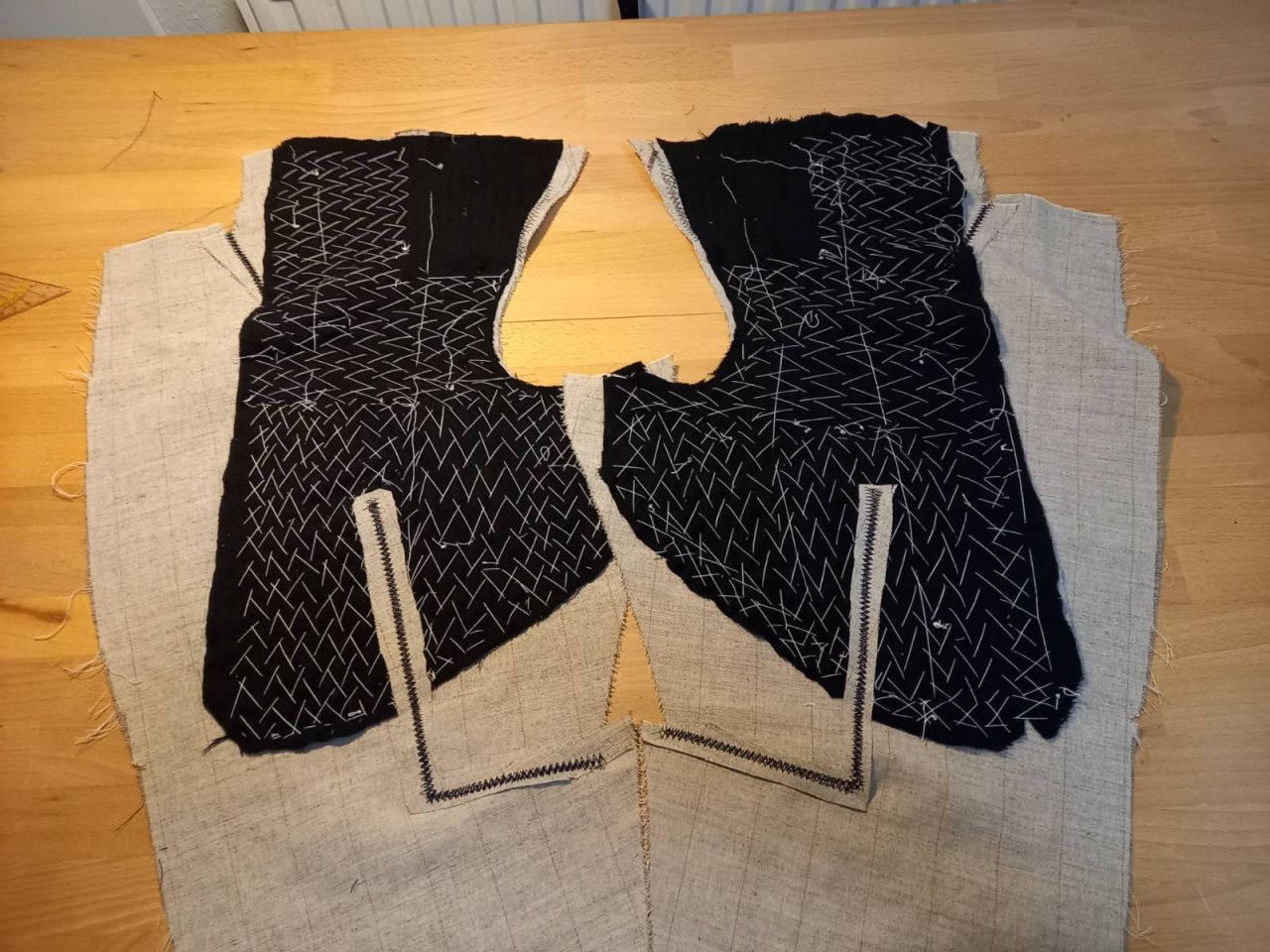 Now, on to pressing, modifiying pockets and then the really, really terrifying stuff starts...